One of the best things about relocating continues to be our friends and family who find their way to our new home. Is it the beach…the seafood…the allure of the low country? Well, during the past three weeks the draw has been a stopover in Murrells Inlet during a multi-month camping adventure for friends of ours, and then this past week six family members came to Myrtle Beach for the National Archery in the Schools Program World Championship! 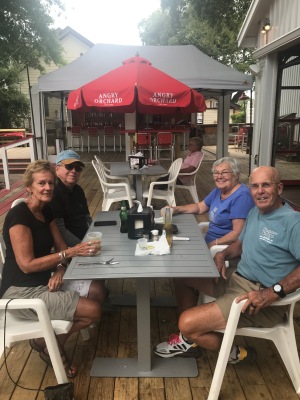 We worked with Jim and Carol Krieger for the two summers we spent in Empire, Michigan, at Indigo Bluffs RV Resort. They live in Florida and are traveling back to Michigan via the East coast to work during the month of August. They spent 4 days camping in nearby Myrtle Beach State Park, which gave us the opportunity to spend time with them and show them the area.

One night we were invited to the campground for dinner where a Michigan delicacy was served – the pasty! Known as “pot pie without the pot,” the pasty is a meat pie containing ground beef, potatoes, onions and diced vegetables,  Miners in the Upper Peninsula would bring these meat pies into the mines for lunch, as they could easily be held in their hands and warmed up in the mine if necessary. Pasties were usually served with ketchup or gravy and were very filling. Still a staple in northern Michigan, we feasted on pasties with our friends.

Another day we gave Jim and Carol the 10-cent tour, pointing out attractions and areas that we have come to enjoy. We hit the Marshwalk one afternoon and had lunch at Creek Ratz, which offers a wonderful view of the marsh. Our time together culminated with dinner at our home, before our traveler-friends took off for the Outer Banks! 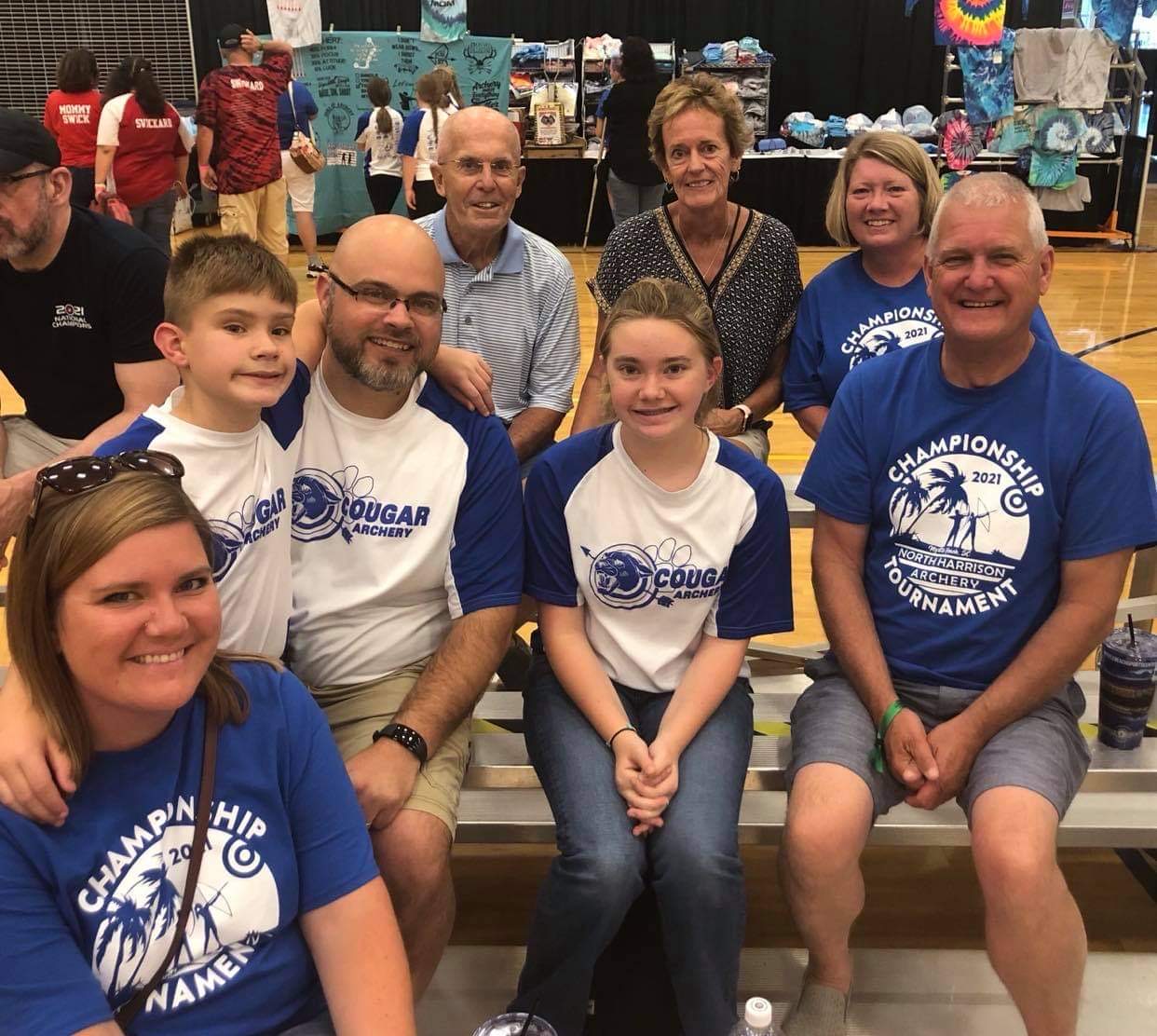 This past week we were thrilled that cousins from Indiana were coming to South Carolina for the World Championship of archery. After 20-plus years, I had reconnected with these wonderful relatives before COVID when visiting my daughter. It was wonderful to reunite with my first cousin Brian, his wife Kelly, and their daughter, Meghan, husband Rodney, and their archer-children, Paisley and Beckett.

Having spent my professional life in the educational world, I was amazed to see all of the schools represented in this competition. I never knew that archery could be such a popular activity on all levels – elementary, middle and high – and a sport that includes everyone – truly a wonderful thing. Beckett and Paisley’s school district has a team of 215 student archers and the majority of them found their way from North Harrison in Indiana to the coast of South Carolina in Myrtle Beach. 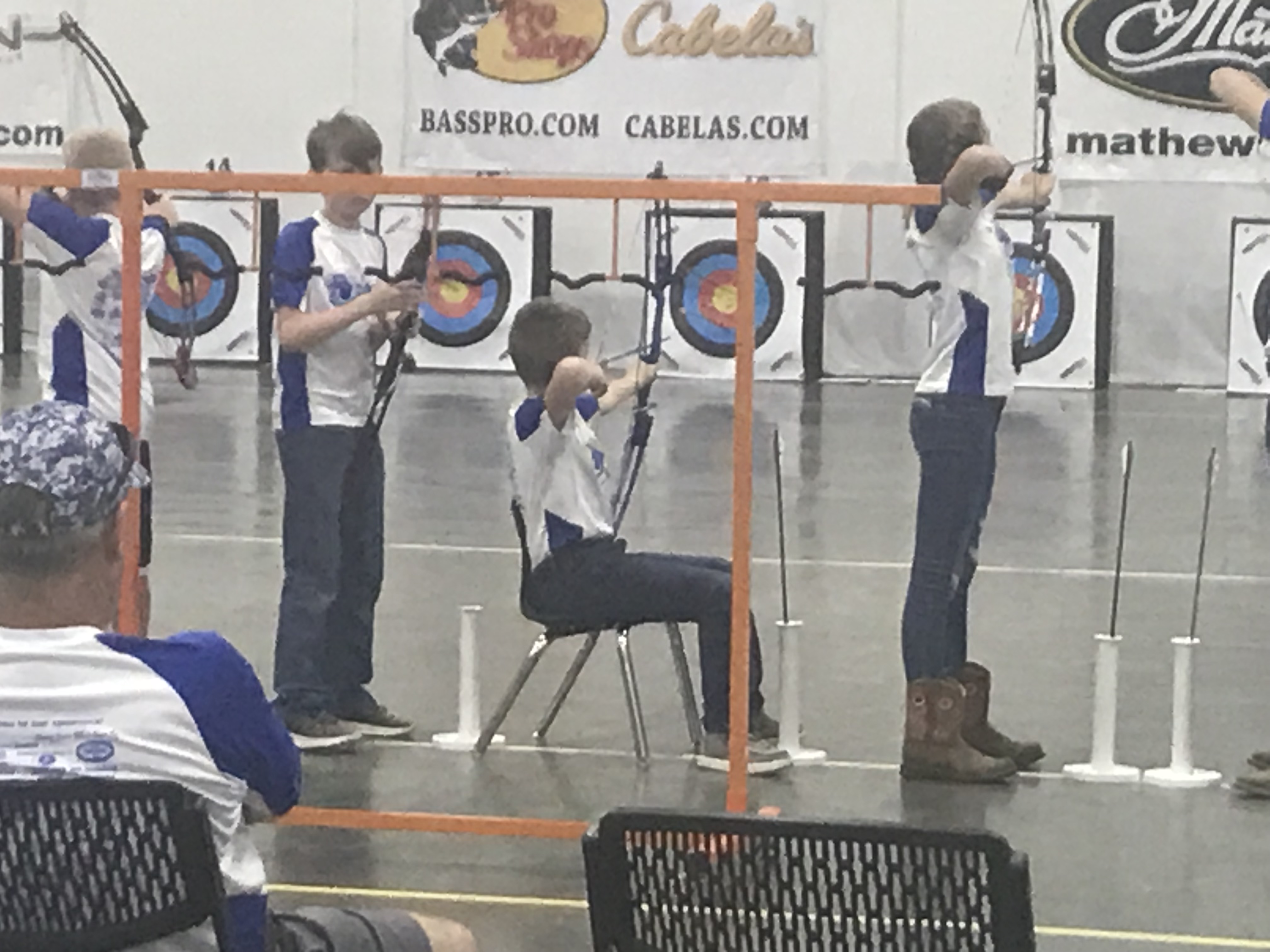 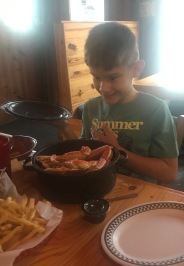 After a full day of archery, we all went to the Inlet Crab House so our mid-western cousins could continue their seafood binge! All Beckett wanted were crab legs and trust me, shells were all he left on his plate! We had a tremendous time with our relatives and as Michael J. Fox once said, “Family is not an important thing. It’s everything.” I couldn’t agree more.