Wednesdays and Thursdays seem to have become our weekly days off and we continue to make the most of them. Last week, we added several new experiences to our overall adventure in northern Michigan…  a new winery and restaurant sampled, a new golf course played, a new city explored, and a new baseball team experienced!

We kicked off our “weekend” with a trip to Leelanau Wine Cellars, a winery we had never visited, with Jim And Carol Krieger, a couple we work with at Indigo Bluffs. Located right on Lake Leelanau, the tastings are complimentary and quite good. After sharing a bottle of their Pinot Grigio, we enjoyed dinner at the adjoining restaurant, Knot Just A Bar. 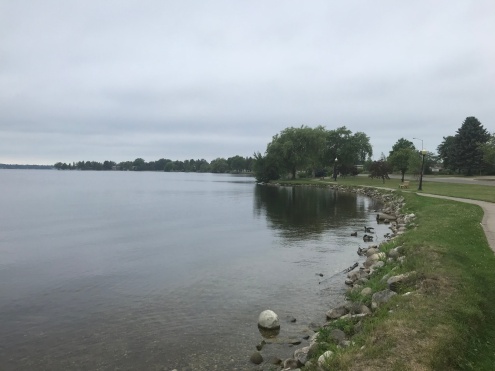 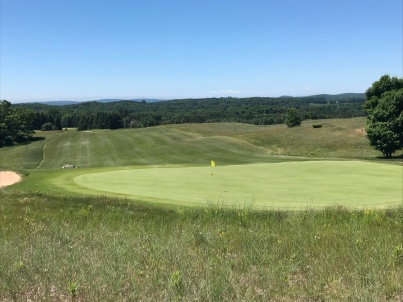 Although it behooves us to continue to play golf at the Dunes Golf Club – virtually across the street from our summer home, Indigo Bluffs – because of its proximity and price – we ventured south about 15 miles to Beulah and experienced Champion Hill Golf Course. It was a picture-perfect day and from the top of the course you can see Crystal Lake, Platte Lake and Lake Michigan! The course is more forgiving than the Dunes and in beautiful shape – translated that means maybe I only “misplaced” 2 or 3 golf balls rather than my usual 5 or 6! Actually, we both played well and certainly enjoyed ourselves.

Cadillac is the city we explored as we drove about 50 miles south of Empire. It was originally a lumber town and then became a major industrial center – remnants of which are still visible. The downtown area was nice but we found a very unusual spot just outside of town on Cadillac Lake – The Sound Garden. Created through a partnership of various local agencies, an artist in residence, Frank Youngman “planted” the garden, if you will, through the completion of one rustic musical art sculpture. It has “bloomed” into a garden boasting 20.000 spring daffodils, hundreds of perennials, a ground sundial, a kinder tulip sculpture and a stone child memorial collection. Although there were no children in the garden when we entered, Bill enjoyed himself as a child would, not even noticing the volunteer who was tending to the flowers! Together we made beautiful music from natural art, in a garden tucked away near the city’s walking path. This was one of the most unique elements of a city I have ever witnessed. Peaceful, yet filled with sounds! 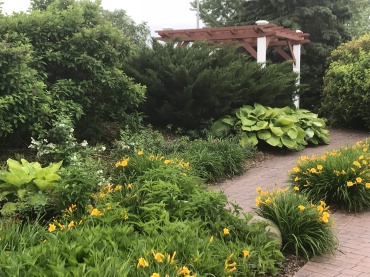 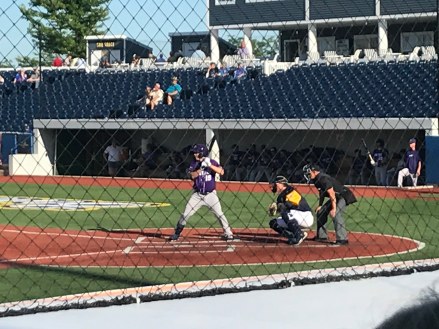 Our third new Michigan experience occurred in Wuerfel Park, home of the Traverse City Beach Bums! Having enjoyed the Cape Cod Baseball League last summer, we were anxious to visit another summer baseball league game.  The Beach Bums are an independent team, not affiliated with any major league team and are part of the Frontier League. Similar to the league in Cape Cod, the players are housed with guest families in the area. The stadium is modern and comfortable and families abounded – kids chasing after foul balls and waiting patiently to give the mascot, Sun Tan, a friendly hug! Of course we attended on “Thrifty Thursday” when seats are $5 (for mature guests) and for another $5 Bill treated me to a dinner consisting of a hot dog, chips and a drink! I always thought I was a cheap date! The Beach Bums played the Lake Erie Crushers, and although they weren’t “crushed,” the Beach Bums did not end up on top!

As Bill always says about days off – “It’s good to get out of Dodge” – and that’s exactly what we did!