After a Pennsylvania weekend filled with football, family and fun, on Sunday everyone went their separate ways and Bill and I headed to Cavendish, Vermont, which is truly Bill’s “happy place.” I know that to be true because even with no sun all week and low, chilly temps, he remained relaxed and at peace.

Our first stop was at Man of Kent, a tavern about an hour from our destination. We stopped for “linner” and enjoyed some soup and one of their tremendous sandwiches. Upon reaching the Schreckendish House – the name given to Bill’s daughter Cara’s home in Vermont, we settled in and exhaled, looking forward to several days of enjoyment and lots of eating and drinking. 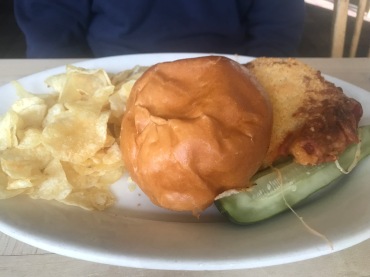 Monday began with breakfast at The Hatchery in the town of Ludlow. All eating establishments have been dealing with the lack of staff in different ways, but we found this approach very unique. Upon entering the restaurant, we were seated and then directed to scan the menu on our phones. What was different here was that you actually ordered and paid online and then waited for your food to be delivered to your table! Two women handled the entire restaurant as everything was then served in compostable bowls or plates, along with compostable cutlery. Everything was disposable and the coffee was self serve. The breakfast was as delicious as I remember, and I thought the method worked well. I noticed if you were technologically overwhelmed, there was also the option of returning to the entrance to place your order with one of the two servers. 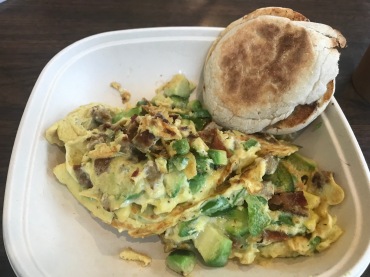 From breakfast we took a ride to Woodstock, Vermont, a quaint town boasting architecture from the late 18th and 19th centuries. The downtown area is filled with unique shops, and that day was also filled with busloads of “Leaf Peepers!”

Our second evening ended with dinner at Neals, where we enjoyed music by Sammy Blanchette and mingled with a small bachelorette party all the way from Dallas, Texas! 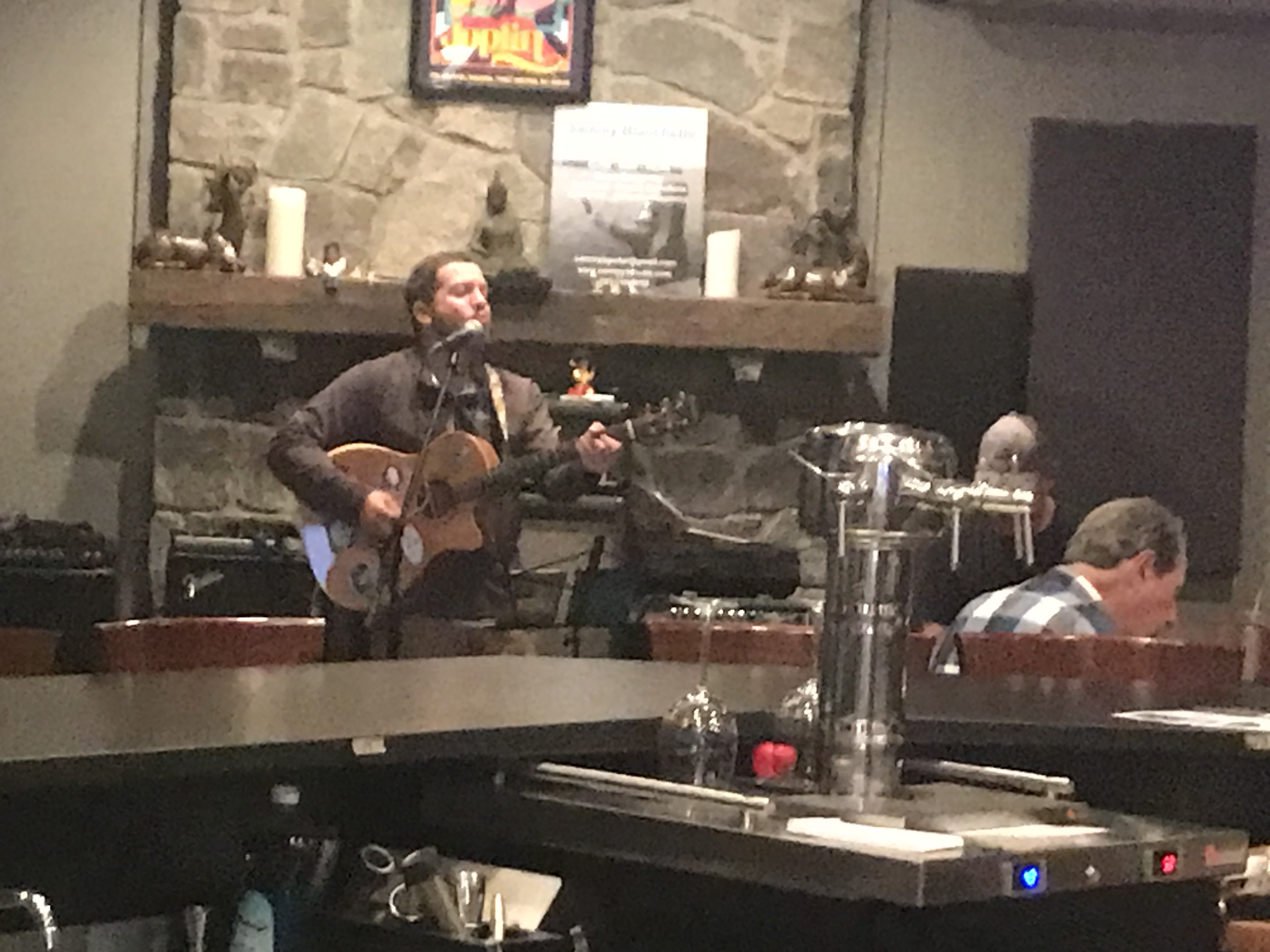 Our next morning began at The Opera House Cafe and continued with golf at Crown Point Country Club. After playing all summer in heat and humidity on basically flat golf courses , this course of sloping greens, rolling hills and narrow fairways, coupled with a sunless sky and temperatures in the low 50’s, resulted in a challenging round! Our apre’s-golf dinner was at Mr. Darcy’s, which was delicious – especially dessert! 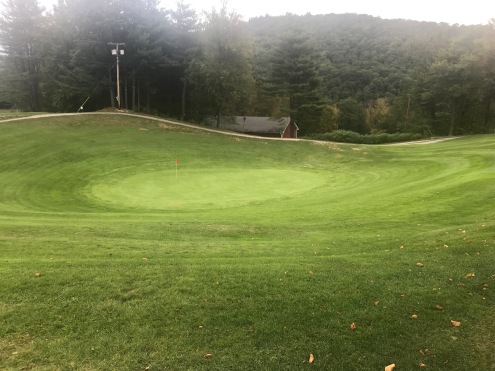 On Wednesday, we grabbed coffee from Singleton’s – a remarkable general store where you can buy anything from ammunition to fishing equipment and from wine and liquor to clothing and the best bacon you will ever taste! We then took a ride about an hour north to Brandon to pop in on Janet and Joel, a couple we had workamped with in Cape Cod. They have since gotten off the RV road and settled in Brandon, where they opened an antique store. It was great to see them and the drive up Rt. 100 was beautiful, although the leaves were just beginning to turn. Along the way we explore the town of Killington and the ski resort which is gearing up to begin the winter ski season. On our way back, we made a quick stop at Long Trail Brewing Company, and since up to this point we’d been eating our way through life, Wednesday night we opted for Outer Limits Brewing Company for beer – wine for me – and pizza! 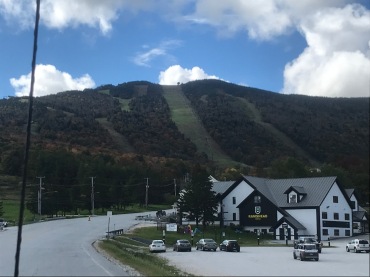 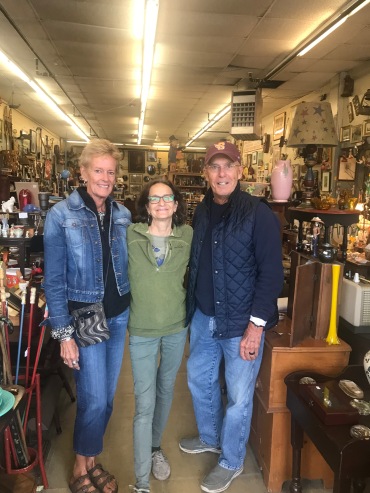 Thursday, our final day in Bill’s “happy place,” began again at The Opera House Cafe. One of the reasons we enjoy Vermont so much is the feeling that we’re in a totally different world from the one we know best and that the people are so outgoing and friendly. Well this morning I eavesdropped on a table of 4 octogenarians – yes, they were discussing their ages – 85, 86, and two at 87! It was great to hear about the new tractor that can plow snow, but also has a bucket attachment and can still fit in the garage, and how one man has lived there all his life but really doesn’t like the cold and how another’s wife just never runs out of projects for him! They were funnier than listening to ladies gossip! 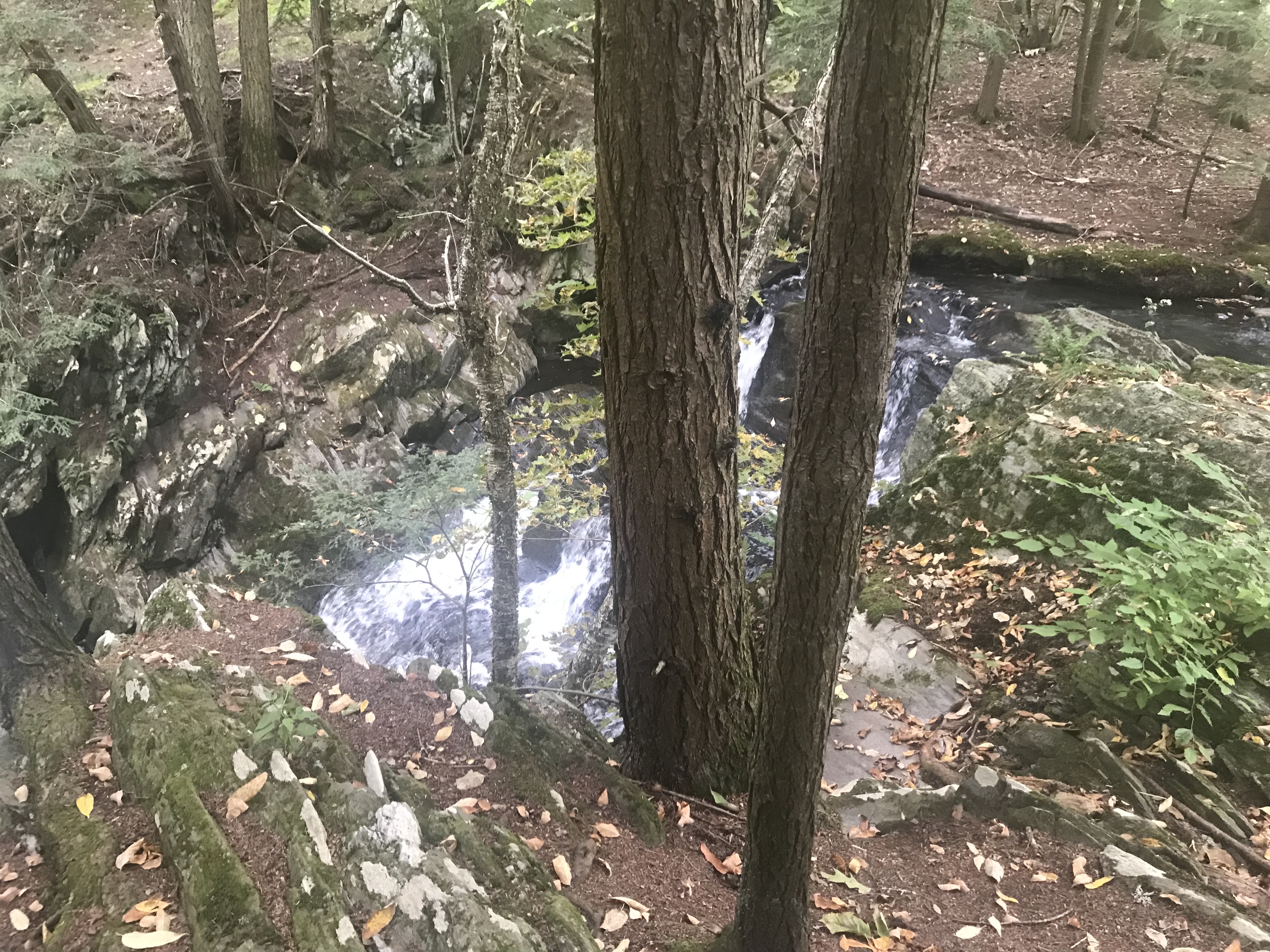 We tried another golf course following breakfast – perhaps more unique than the one we played on Tuesday – Bellows Falls Country Club. The club was founded in 1922 and the layout remains basically unchanged. It was designed by David “Deacon” Brown, the 1886 Open Champion and golf teacher of Queen Victoria! Talk about challenging! In addition to the rolling hills and sloping fairways, we encountered elevated tee boxes and greens that were down in a valley. And then on the 7th hole we discovered what we guess must be Bellows Falls – a beautiful waterfall which fortunately did not claim our balls! Again it was cloudy and cold but a great golf experience!

Our Vermont food fest culminated with dinner at the Killarney Irish Pub, where the motto is “Come for the food – Stay for the fun!” Bill opted for fish and chips and I tried a dish I had never even heard of – Irish lasagna! It was layers of cabbage with ground beef, onion, green pepper, marinara sauce and spices. Top that off with an Irish coffee and our day was complete!

We were up and at ’em early on Friday, as our next destination was Wells, Maine, where we spent three summers working. We thoroughly enjoyed ourselves in Vermont as it continues to be a very “happy place!”