Every once in a while, a mother gets to spend some unexpected quality time with her child. This was the gift for me when my son Matt came to San Antonio on business this week. 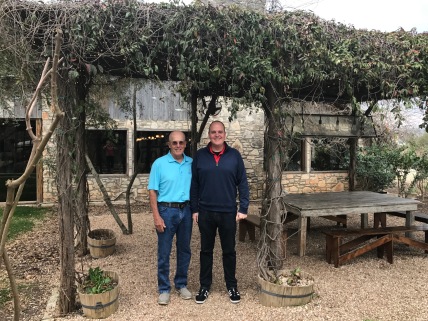 Our adventure began on Monday, Presidents’ Day as Bill, Matt and I jumped in the car and headed to Salt Lick BBQ in Driftwood, Texas. Bill and I had gone there two years ago when his daughter, Sarah, had come to visit, and at that time we declared it to be the ultimate BBQ spot. Salt Lick has a tremendous pit, which is manned 24 hours daily and they have been serving up BBQ for 50 years and three generations. Choose from brisket to pulled pork, from sausage to ribs – and choose we did! All meals are served with beans, cole slaw, and potato salad and white bread, pickles and onions are served upon request! The business has expanded and also includes a vineyard and several venues for various events. We enjoyed a delicious meal and then set our sights on the Texas Pie Company for dessert! 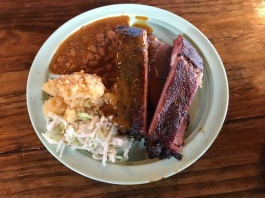 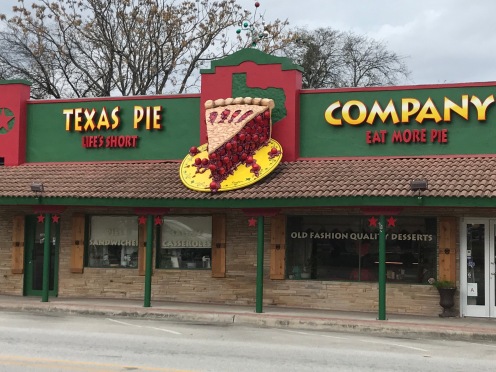 Texas Pie Company, located in Kyle, Texas, has been serving homemade pies, casseroles, quiches, and other baked goods since 1986 and has been spotlighted in various publications including Southern Living, The Austin Chronicle, and San Antonio Taste, just to name a few. They are well known for their 4-inch pies which come in any flavor you could possibly imagine. Bill, Matt and I each sampled a slice and then brought 4 pies home to share with our co-workers at Traveler’s World. 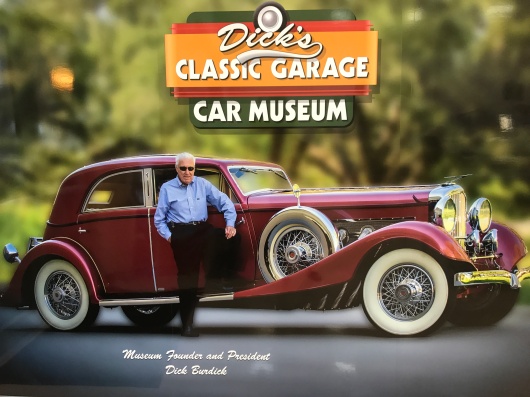 Matt has a knack for finding unusual places in any given area (remember it was he who discovered the toilet seat museum in San Antonio!) so our next stop was Dick’s Classic Garage Car Museum in San Marcos. The non-profit museum houses the personal collection of Dick Burdick and its goal is to “educate our guests about the impact of the American automotive industry in the 20th century.” We looked at cars from the early 1900’s up through the 1950’s including… 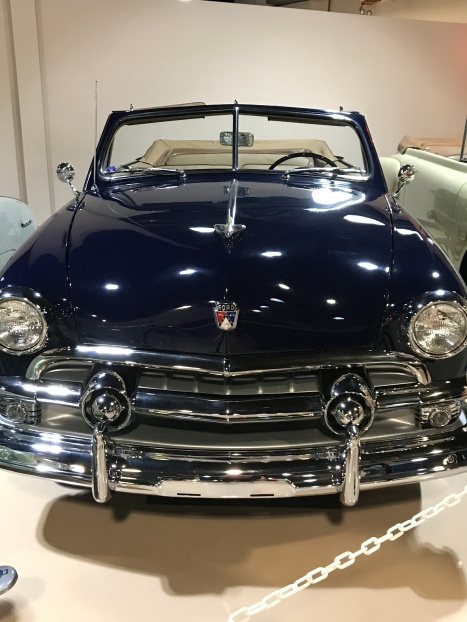 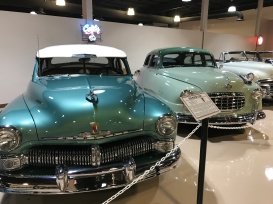 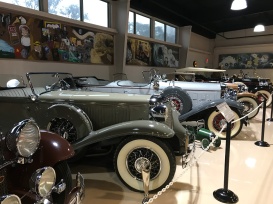 We certainly weren’t in need of an evening meal, but we stopped on the way home at the Hotel Emma, located in the Pearl section of San Antonio, for an adult beverage at the Sternewirth bar – we even asked my daughter, Kelsey to join us as you can see in the photo! 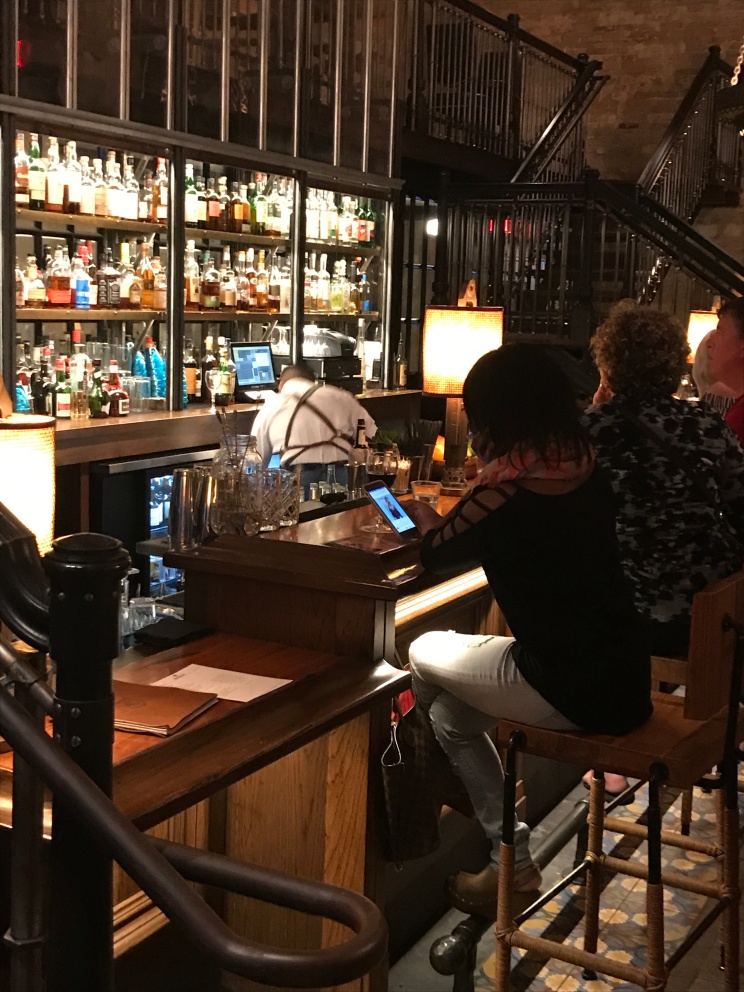 The Hotel Emma was once a 19th century brewhouse and elements of the original structure were maintained as the 146-room boutique hotel was created. Interesting to note…

That was about enough adventure for one day, so we dropped Matt off at the Hilton after planning the next day’s activities.

Now remember I did say Matthew was here on business, so he did have to do some work! We met him at his hotel in the late afternoon and walked literally next door to take in the sights at the Briscoe Western Art Museum. Our visit got off to a rather slow start as shortly after purchasing our tickets, we were escorted out of the building due to a fire drill! When we were invited back into the museum, we began our tour of the three levels of exhibitions that tell the story of the American West through paintings, magnificent sculptures, photographs and artifacts. The museum is organized around the elements of movement, work, opportunity, and conflict. I especially liked the sculptures, most of them bronze, as they are so life-like in presenting a realistic scene – just look although photographs don’t do them justice. I also thought the saddles were amazing and one entire wall was filled with different types of spurs – never knew there were that many! 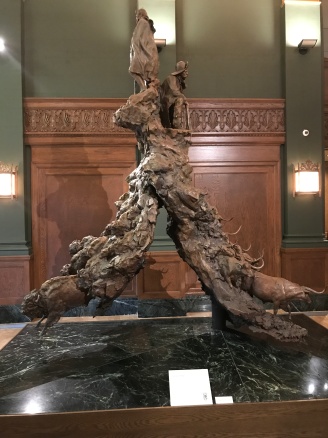 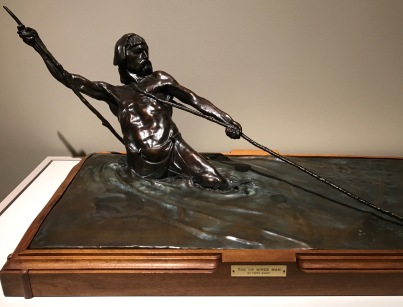 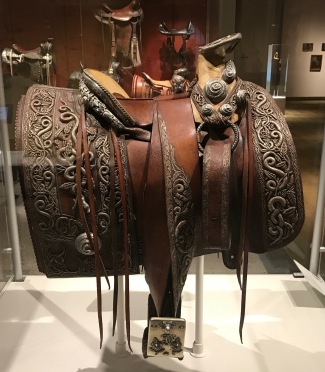 And imagine my smile when in one exhibit room, spread across an entire wall, was a quote from one of my favorite authors, Willa Cather!

“When I pulled out on top of the mesa, the rays of sunlight fell slantingly through the little twisted pinons – the light was all in between them, as red as a daylight fire, they fairly swam in it…it was like breathing the sun, breathing the color of the sky.” 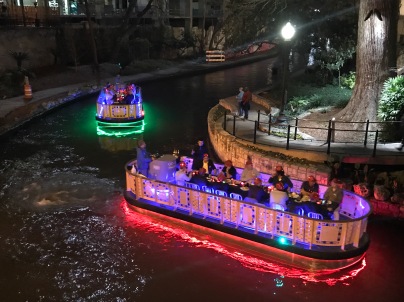 Our time with Matt culminated in a delicious dinner at Bella on the River, located right on the Riverwalk. I can’t believe I didn’t take any photos of our meal, but it was wonderful and I highly recommend Bella to anyone visiting San Antonio. In fact, Matt just shared that he is going back there tonight as his colleagues picked it for tonight’s meal.

It was absolutely wonderful to spend time with Bill and Matt!

2 thoughts on “Making Memories with Matt!”