Compared to the traveling Bill and I used to do, it’s been a while since we’ve been on a road trip. This past weekend we traveled to Leesburg, Virginia, to the wedding of Erin Kelly, the daughter of our dear friends, Catherine and Ken. We arrived at Lansdowne Resort and Spa in the late afternoon and joined everyone after dinner for drinks and conversation. It had been way too long since we had all seen each other, so it was great to catch up.

The wedding was scheduled for Friday, August 5, at 5:30, so we basically had the entire day to fill. Bill and I ventured 40 minutes to Washington, DC and became tourists. Neither of us had been to DC since we were children and we had never seen the Vietnam Veterans Memorial. Bill went to high school with a buddy, William Gendebien, who lost his life in Vietnam, so our mission was to find his name on the wall of remembrance. We succeeded in doing so and we even did a rubbing of his name. Actually, the wall itself is absolutely amazing! Did you know… 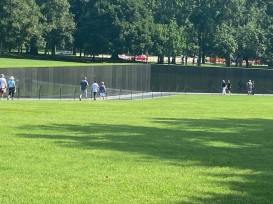 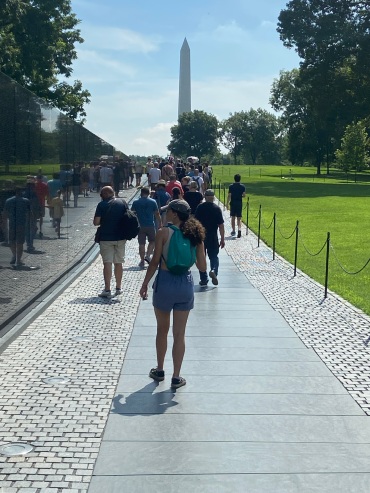 One can not gaze at the Vietnam Veterans Memorial without an overwhelming sense of sadness for all of those lost in the Vietnam War. 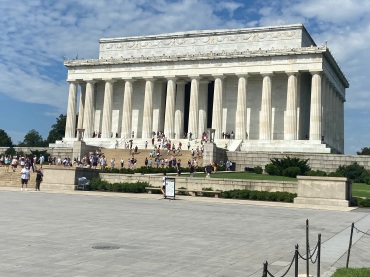 The Vietnam Memorial is located right across the street from the Lincoln Memorial, so we visited that amazing structure as well. I do remember as a child being very impressed by the imposing figure of this President, one instrumental in abolishing slavery in our nation. 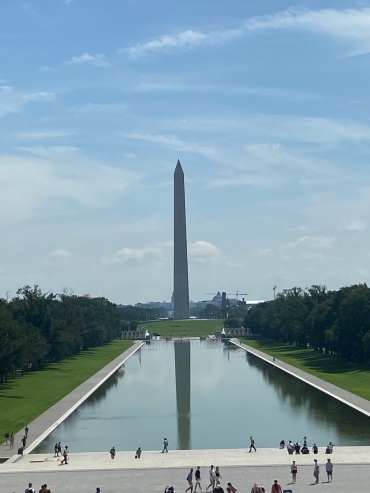 After a walk through the historic town of Leesburg, and a delicious lunch at Rebellion Bourbon Bar, we returned to the resort to prepare for the evening’s activities.

To say the wedding of Erin and John was beautiful is most likely an understatement. The ceremony took place among the wooden wine barrels and stainless vats at Stone Tower Winery in Leesburg, Virginia, and then the reception was right there overlooking the amazing vineyard. Everything was perfect – the drinks, the meal, the dancing, and the company! The total experience was “unplugged,” but I did manage to get (and steal) some photos! 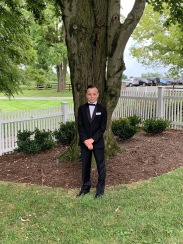 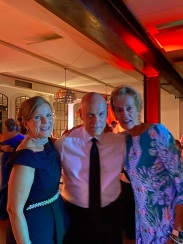 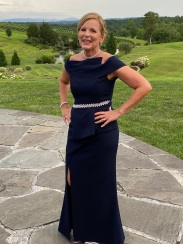 After breakfast on Saturday morning – post-wedding – Bill and I said our goodbyes and turned back into tourists one last time. We traveled back into the city, this time to Arlington National Cemetery. Our mission here was two-fold. We wanted to witness the Changing of the Guard at the Tomb of the Unknown Soldier as well as try to locate the grave of John Chubb, who served in the Army and who, according to Bill was “the best equipment manger Susquehanna University ever had!” 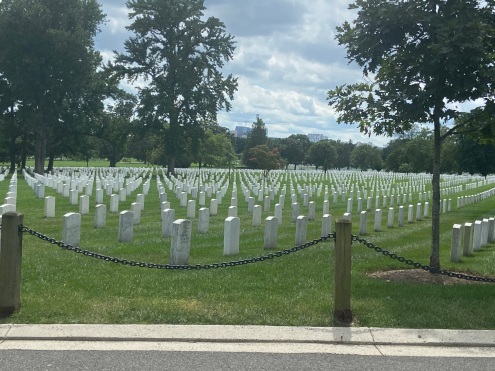 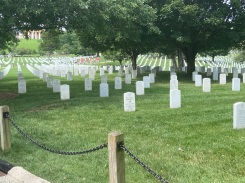 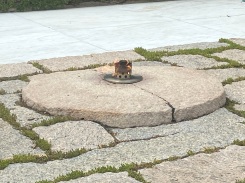 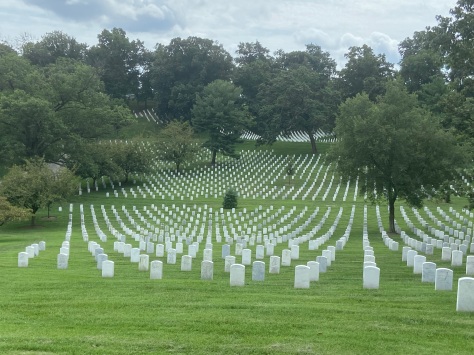 During the summer, the Changing of the Guard occurs every half hour, so we walked to the location – stopping at the JFK eternal flame and family burial plots – and made it for the 1:00 ceremony. After visiting the accompanying museum at the tomb, we then set out to find Mr. Chubb. All told, we walked over four miles, but we did, indeed, find his grave as well as that of his wife, Gertrude. Yes, spouses of servicemen and women are also welcome to be buried in this awesome place, and did you know…

So, not only did we get to witness a wonderful expression of love at John and Erin’s wedding, but we were also able to stop, view, experience and remember vital elements of our nation’s history. All in all, it was a very moving and memorable weekend on many levels!